Why Using Flutter for MVP Development is a Competitive Choice? 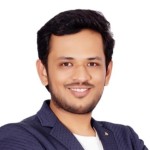 Why is MVP Development Crucial?

So, you’ve got a great idea for an app. But how do you make it even better? The MVP process is key to understanding the potential of your ideas. It’s a methodology that helps entrepreneurs create a minimal version of their product with a few unique features to share with users. It’s a simple way to receive feedback. When you’re able to hear what people have to say, you can plan the directions your business will take.

The app industry is ruthless and competitive. Every day, companies release around 4000 apps on the Play Store. Your app idea may only work if you are quick about it. MVP (minimum viable product) is the simplest and most straightforward way to solve a problem. Consequently, MVP has a lot of prominence in the app industry for startups looking for an easy way to validate their ideas with customers.

Why Must Organizations Consider Developing an MVP?

Developing an MVP is an excellent way to determine if people want your products, and an essential part of launching a new product before bringing it to perfection. It can also be used to test whether the interest of the user base will be high enough to proceed with developing a product. MVPs can help reduce the number of possible errors by trying your product on a smaller scale or making a hypothesis. Apart from managing and balancing the needs of users with your offering, an MVP has many significant benefits:

Why is Flutter Best Suitable for Developing MVPs?

With Flutter, entrepreneurs can create their own apps without any constraints on design, flexibility, or cross-platforms. React Native may be the most popular, but Flutter is worth investing in. Flutter is more powerful and flexible than React Native, and it offers a smoother ride from development to deployment.

Additionally, it is a cross-platform development framework with quality apps on both iOS and Android. Its release of version 1.2.2 has been stable, adding to its already excellent performance. Some of the biggest giants in the industry, like Alibaba, App Tree, Google Ads, etc., have already adopted it. Being open-source, Flutter can be integrated into an MVP for any company, making it a solid option for new startups or established firms.

Let’s look at some reasons why Flutter takes prominence when it comes to developing an MVP:

Flutter helps developers create iOS and Android compatible apps with only one codebase. It also offers easy integrations with other programs, which is valuable for developers. Widgets allow UI designers to build beautiful graphical designs seamlessly. Sketch designs can be easily exported into the code that delivers perfect pixels, saving time and reducing costs.

Flutter is known to deliver high performance because it runs on natively compiled code without interpreters. It allows for quick startup and a constant 60fps speed. Its expressive and flexible UIs elevate and deliver a unique user experience too. This means that when you develop your Minimum Viable Product with Flutter, it will offer a native user experience.

Working with Flutter SDK provides many advantages to both the developers and firms. It packs an essential feature called the hot reload, allowing developers to view app changes in real-time. This means that designers, developers, and testers can collaborate more closely on the App’s appearance improvements. The hot reload, in turn, allows developers to add new features and fix bugs more rapidly. Hence, Flutter simplifies and quickens the pace of the entire process of app development, from experimentation to testing.

App store optimization (ASO) using the new Flutter SDK offers additional enhancements such as Grooveshark caching. It is a streamlined map object implementation, allowing live geolocation updating. It also includes clickable links in the App’s feedback, potentially in the App Store’s top charts. The App Rendering Network is a significant performance enhancement because it transfers images much faster than the browser. This can shave precious milliseconds off a second of every perceived frame.

When developing an MVP, the App doesn’t need a separate back-end with Flutter. The Firebase integration allows developers to support several unique services like Cloud storage and functions, hosting and authentication, and a real-time database. Additionally, Firebase Remote Config is a significant feature, allowing developers to deploy changes without waiting for long.

Hiring Flutter developers to develop your MVP offers them varied options to choose from a number of Integrated Development Environments (IDEs). The Flutter SDK offers Flutter Live that utilizes a lightweight and comparatively faster Visual Code. Moreover, it also comes loaded with other Android Studio and IntelliJ features, eradicating the need to start over again.

The benefits of using Flutter for MVP development aren’t just limited to the development features. Flutter MVP development has immense potential with its dedicated widget engines and UI components with a dynamic app development setup. The flexibility of widgets makes Flutter the perfect choice for an aesthetically designed and customized app. Flutter also allows you to promote your app on different marketing channels with its in-built marketing campaigns.Hiring Flutter developers from a leading web and app development company allows you to stand out against your competition and deliver an idea that solves customers’ problems.

How efficient and trustworthy is the guard monitoring system?

How to Design Your Interior in an Impressive Way?

Why Should I Enroll in a Makeup Course of High Quality?